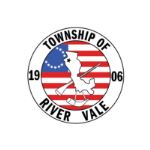 Serving the Township of River Vale in northern Bergen County since 1957, the corps is comprised of approximately 20 volunteers- students, retirees, homemakers, corporate professionals, and more! We staff 2 Basic Life Support (BLS) ambulances, and are available to respond to emergency calls around the clock. We never bill for our services -- they are free! As a completely volunteer organization, we rely on the generosity of the residents and visitors of River Vale during our fund drive to help us pay for supplies, ambulance upkeep, and building maintenance.

Our certified American Heart Association BLS instructors teach CPR classes for the public during the year. The courses are targeted for different audiences, cover different topics, and have different completion times. For more information, contact us at 201-664-1289 or email us at rvvac@yahoo.com

Joining the River Vale Volunteer Ambulance Corps is easy. Whether you are a seasoned EMS veteran or a total newcomer to the field, there is a place on the Corps for you.

Membership is open to community residents 16 years of age or older. You should be in reasonable physical condition so that you are able to perform typical EMS duties including providing medical attention, lifting, climbing stairs, bending, and stooping.

Each member is expected to be available for duty one designated day or evening per week (12 hours) and one weekend day per month (24 hours). While on duty, members go about their normal activities, and respond to the station when there's an emergency call. As such, members are expected to have a reasonable response time to the Corps building. While most of our members reside in River Vale, some live on the fringes of neighboring towns such as Westwood.

To find out more, please call our membership hotline at 201-664-1289 or fill out the mini-application.

The first meeting of the corps was on October 5, 1956 at the house of Alfred Mattner. Nine people were present for this preliminary meeting to discuss the possibility of forming an ambulance corps in River Vale. Less than two weeks later a temporary board of officers was appointed.

The first slate of corps officers was appointed less than a month later on November 2, 1956. River Vale Volunteer Ambulance Corps, Inc. was incorporated in the State of New Jersey on April 22, 1957.

The corps' first ambulance was a reconditioned 1948 Cadillac. It was presented to the Ambulance Corps by the River Vale Lions Club on Memorial Day, 1957.

The corps answered its first emergency call just hours after going into service on June 1, 1957. An article describing the first call appeared in the local newspaper:

THREE ARE INJURED AS CAR HITS POLE
River Vale Ambulance Corps Gets Test Hour After Forming
River Vale — A sports car traveling north on Rivervale Road skidded and smashed into a utility pole early this morning. The car, driven by William L. Mills of 78 Berkley Avenue, Westwood, skidded 70 feet into the pole and careened another 80 feet before stopping. Injured in the accident were two passengers, Walter Dentzau of 381 Southview Place, and Peter Fedaras of 107 Brake Shoe Place, Mahwah. Both were taken to Hackensack Hospital and are reported in fair condition. Dentzau has a possible fracture of the spine and Federas a possible concussion and multiple abrasions.
Mills, driver of the car, received a summons for reckless driving. He suffered a cut on the right hand. The accident, occurring at 1:13 A. M. today, was the first call for the River Vale Emergency Volunteer Ambulance Corps, which become official at 12:01 AM.
Members of the new corps are Captain Albert Mattner, William Herbert, Vincent Hanna, and Henry Dippold.

By October 1957, the Corps had responded to 24 emergency calls, and was well-received in the community. Letters of thanks from the residents started flowing in. One such thank you is shown below:

LETTERS TO THE EDITOR
November 7, 1958
Gentlemen:
I wish to sincerely extend my appreciation of the kind and sympathetic service rendered to my late husband on Friday, October 24th. Stricken with a heart attack, the quick response of the ambulance and capable attention given to him were a great source of satisfaction to me in his fatal illness. My deep felt thanks -- may the townspeople of River Vale strongly support your unselfish efforts.
Very truly yours,
Freida Dockery

After logging a total of 111 calls and over 2400 miles, the Corps' first ambulance was retired fifteen months after it had been purchased for the Corps by the Lions Club. The Corps officially dedicated their second ambulance, a 1956 Cadillac, on Sunday, September 28, 1958. This ambulance had formerly been used by Wayne Township, and was purchased or nearly $8000.

Second Ambulance and New Facility
Up to this point, the Corps had used a small garage in the rear of River Vale Town Hall. While this did provide a place to keep the ambulance, there were no facilities for meetings, drills, or equipment storage. In 1960, there was discussion about building a new station to house the ambulance and equipment. It was only natural for the Corps to select a plot of land across the street from Town Hall. The land was sold by its owners, Peter and Loretta Ambrogi, to the Corps for $1 in October 1960.
Ground was broken for the new headquarters on March 25, 1962. The plans for the 30'x60' building included a kitchen, lavatory facilities, a meeting area, and was designed to accommodate a second ambulance to meet future expansion needs.

After a few short months of construction, the new building was dedicated on Sunday, June 10, 1962. More than 200 people showed up to witness the dedication of the building. The total cost for the new structure was $25,000. The Corps' flag pole, was dedicated May 5, 1963 by Judge and Mrs. Richard Greenhalgh in memory of their daughter.

First Women
November 1971 marked the first time women were admitted to the River Vale Volunteer Ambulance Corps. Until this time, Corps membership had been limited to men over the age of 21. By 1972, the Corps had at least seven female members.

In 1972 the state of New Jersey had inaugurated a formal 72-hour emergency medical technician (EMT) training program. In 1973 six members of River Vale Volunteer Ambulance Corps were among the attendees of such a class sponsored by Pascack Valley Hospital.

Building Expansion
With 40 members responding to over 300 calls per year, the corps was starting to feel cramped in their station, which had been built only twelve years prior. The Corps had been very active teaching community CPR classes, and was seeking a comfortable place where they could hold such classes. In early October 1974 construction began on a new wing of the Corps building. The new addition was dedicated July 4, 1976.

At about the same time, the Corps took delivery of its fourth ambulance. Breaking with tradition, the Corps purchased their first van-type (type II) ambulance. There simply wasn't enough space in the old Cadillac-type ambulances for the equipment required to be carried on modern ambulances. The retired 1965 Cadillac ambulance was donated in September 1976 to a fledgling corps at Ramapo College in Mahwah, NJ.

In 1982 the Corps took delivery of their first box-type (type III) ambulance. This marked the first time that the Corps had two ambulances simultaneously ready to respond to emergencies.

The 30th anniversary of the Corps was celebrated in 1987. Membership hadn't quite doubled since the corps was founded, but the number of requests for assistance had quadrupled. Nearly 450 calls were handled in 1987 by a dedicated group of 27 volunteers.

On March 26, 1988, River Vale Ambulance Corps responded to what may be their furthest emergency call from home. Read the news article below:

At noon on March 26, the ambulance, with three corpsmen, was dispatched to Community Memorial Hospital in Toms River, to transfer a River Vale resident to Pascack Valley Hospital in Westwood.

Enroute to Toms River in heavy rain, the ambulance passed through the Toms River toll booth on the Garden State Parkway and came upon a bus that had skidded and overturned, injuring approximately 20 passengers.

One of the first ambulances at the scene, the River Vale personnel offered assistance and took the seriously injured person to Community Memorial Hospital — the original destination of the crew.

Corps members Frank Lindhorst, Guenter Zagel and Leo Zweiman, completed the emergency run, picked up their transportation patient and made the return trip to Pascack Hospital without further incident.

Marty Miraglia, president of the River Vale Ambulance Corps, praised the men for assisting at the scene and said that the rig returned to River Vale at 6:30 p.m., having logged two calls at the same time.
September 1990 witnessed the "wet down" of the a new 1990 type III ambulance. With this new ambulance in service, the 1976 type II Dodge was retired and donated to the Bergen County EMS Training Center.

Local ambulance corps makes a difference
RIVER VALE — On Wednesday, July 6, the River Vale Volunteer Ambulance Corps once again got the change to make a profound difference in someone's life — by bringing them back from cardiac arrest.

Crew members Fred and Shirley Reesbeck, Gloria Swanson, Marybeth Plotzke, John Arlin, and John Lusti were dispatched early in the morning to respond to a woman experiencing chest pains. The crew met the Pascack Valley Mobile Intensive Care Unit (MICU) at the scene, and worked in tandem with the paramedics to revive the patient, who "coded" shortly after their arrival.

The paramedics hooked the patient up to their defibrillator, a portable version of the "crash carts" used in hospitals. The machine monitors cardiac rhythms, and applies an electrical shock to the heart if necessary to get it beating properly. The patient was defibrillated several times, and the ambulance crew performed CPR. Their efforts were a success.

"You go to calls like those knowing that you might not be able to save (the patient)," said Reesbeck. "So each one you can save becomes that much more special." Ambulance Captain Tom Reamer echoed her sentiment, adding, "It really helps that we have such a fine staff from the hospital to work with...I'm really proud of my guys." The Ambulance Corps has recently acquired two portable defibrillators of its own, the result of a generous donation by a former patient of the squad.

The Corps upgraded the level of medical aid it offered to the community in 1994 by acquiring two semi-automated external defibrillators. Made possible through a generous donation by a River Vale family, this addition was potentially lifesaving for patients experiencing a fatal heart rhythm known as "ventricular fibrillation."
Laerdal Heartstart 3000